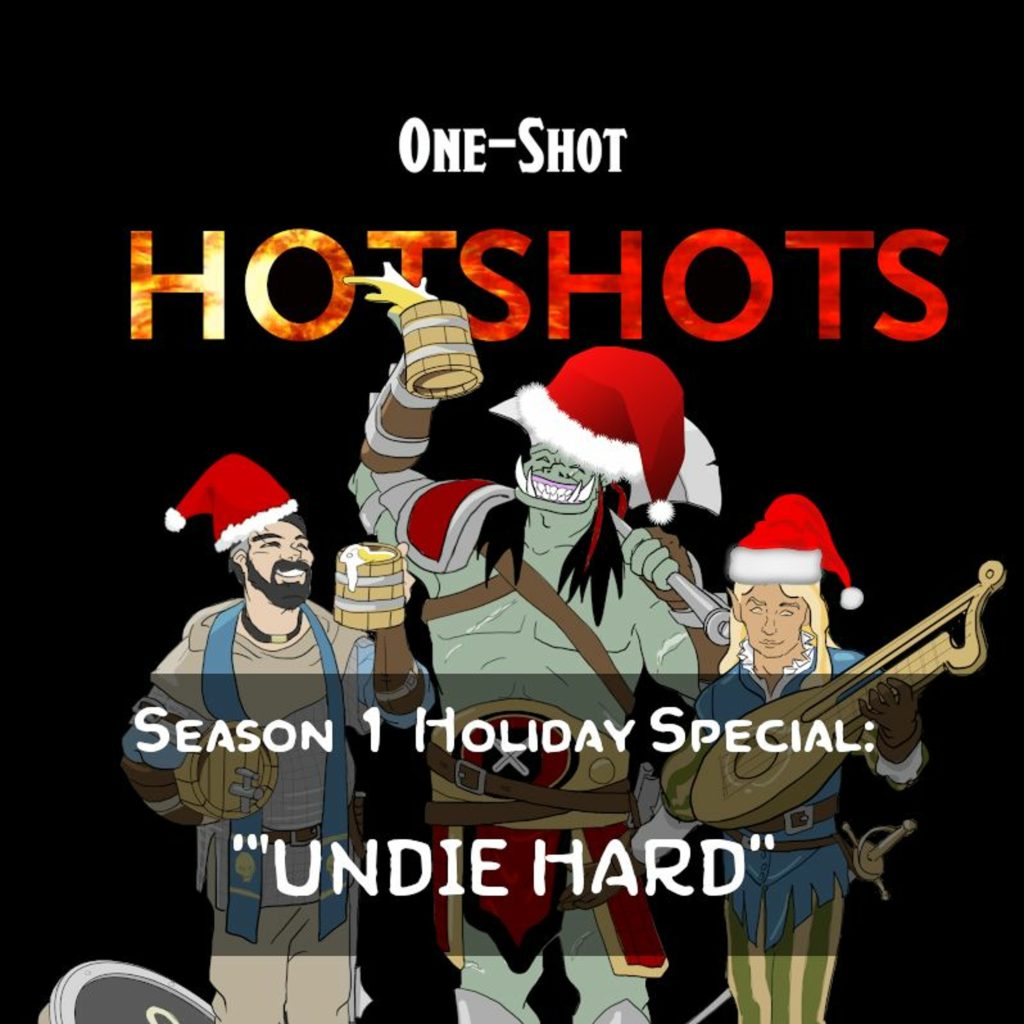 Off-duty cleric Marshall Vigour (Mario Najera) is an easy guy to like, but a hard man to kill in the Dungeons & Dragons / Die Hard mash-up nobody was expecting–least of all the players.

He and his companions Erki the savage barbarian (Cameron Britton) and Gideon the smooth-talking bard (Randi Serup) are invited to a Simril party in Waterdeep at Takanomius’ Tower by his estranged love interest, Olga (NPC). When a group of Thayan necromancer terrorists lead by Snaz’Han’Sha (NPC) take control of the building and hold everyone on the roof hostage, with no response from the Griffon Cavalry in sight, the three are forced to take matters into their own hands. 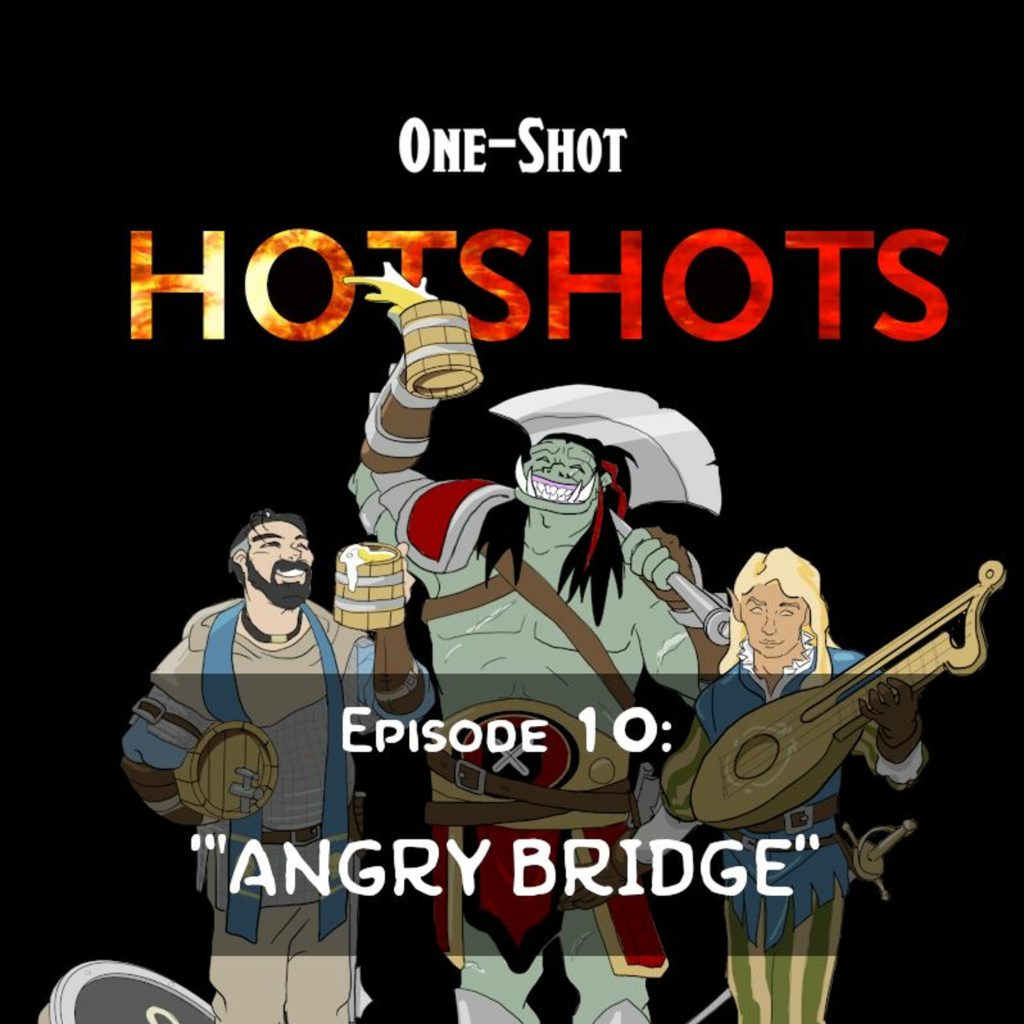 The adventure begins with a sentient bridge hurling children and goats through the air. And then it gets weird. Our first episode driven heavily by viewer suggestions turns out to be one of our funniest yet. Join the crew in Mirabar as they unravel the connection behind sentient objects, surly revolutionaries, and sleepy wizards. Oh, and feel the wrath of ANGRY BRIDGE. 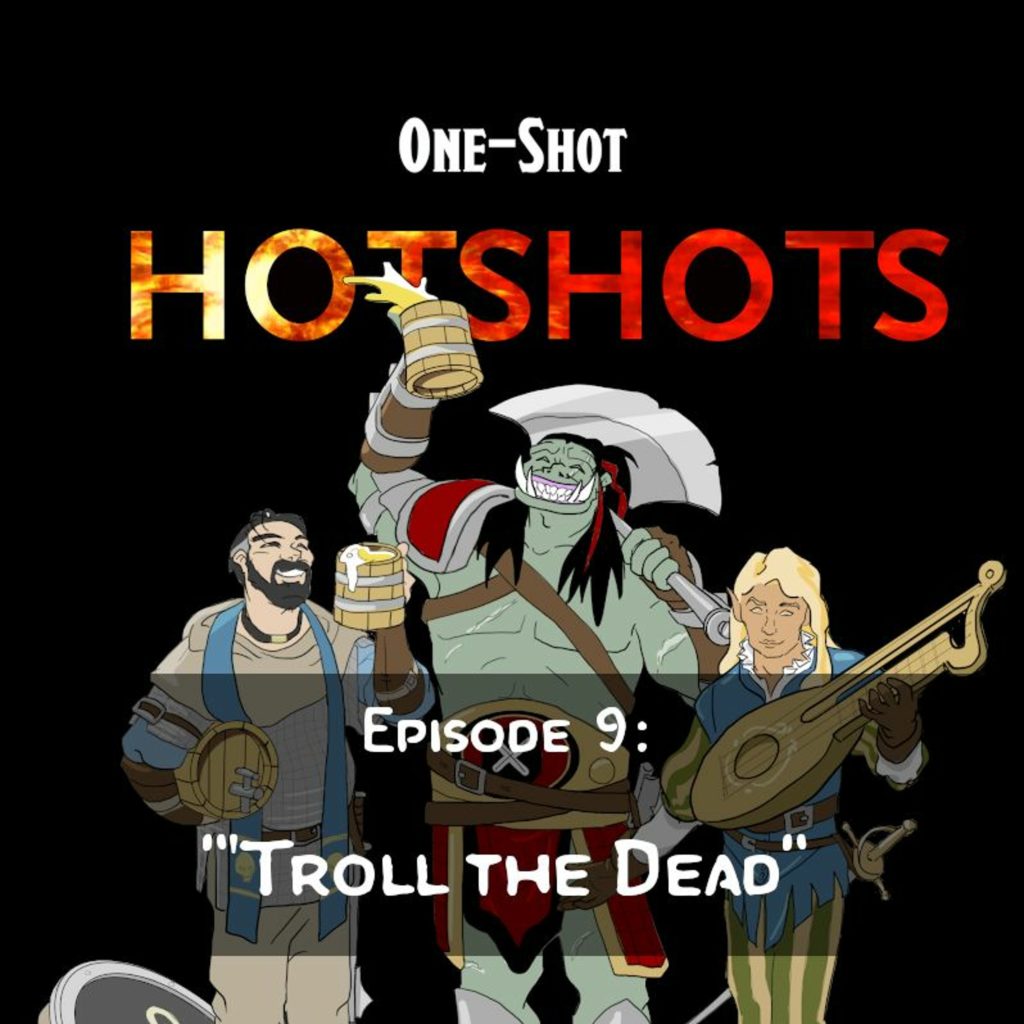 Sometimes random rolls lead back to trolls. But this time, they’re already dead. In this dice-driven adventure a town celebration turns sour when Marshall makes a curious find under the floorboards of the local tavern. Will they stop the vicious foe in time? Will the knights at their side rise to the occasion? And how will Gideon keep his boots clean amongst all these peasants? 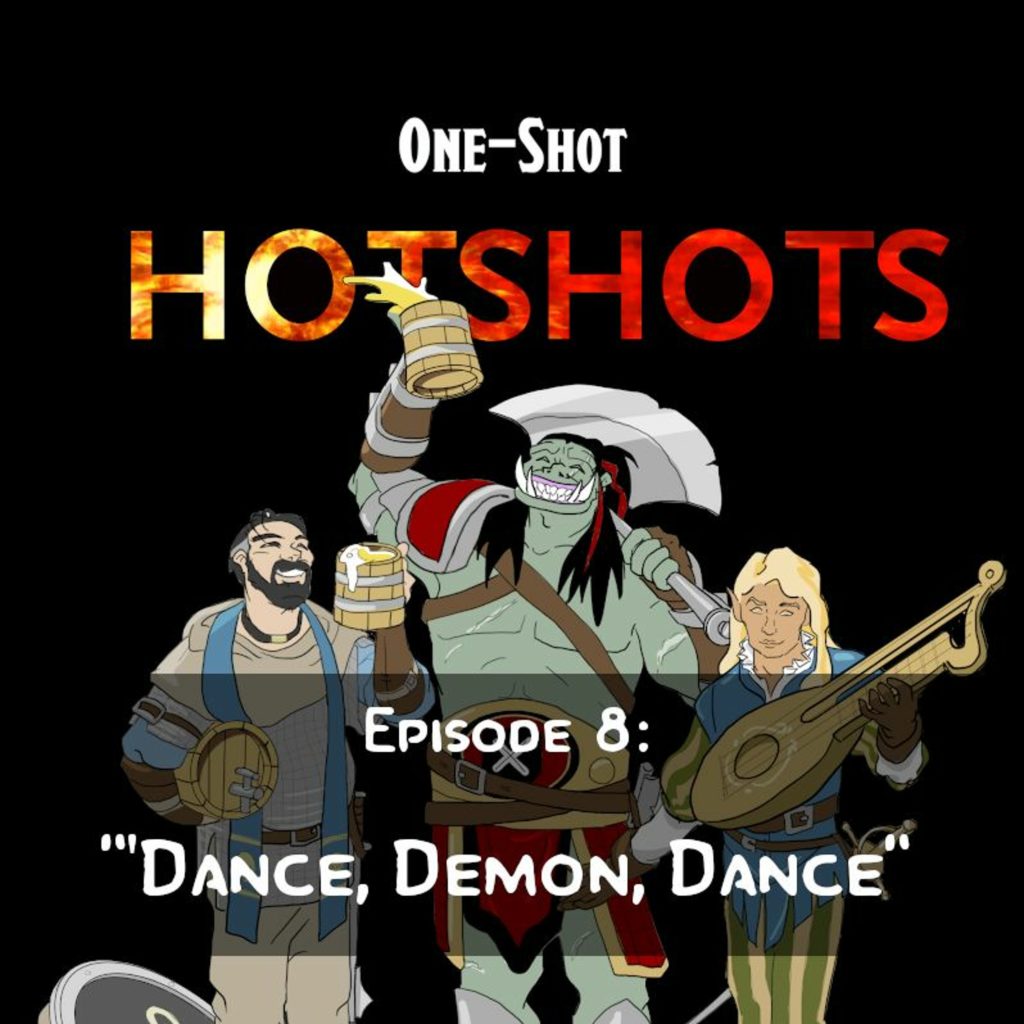 The party stands shoulder-to-shoulder with mighty Thri Kreen insect warriors against an incoming tide of goblins, and worse. But the real threat is yet to come, and it likes to dance. Never has an epic battle been so awesome and hilarious all at once. 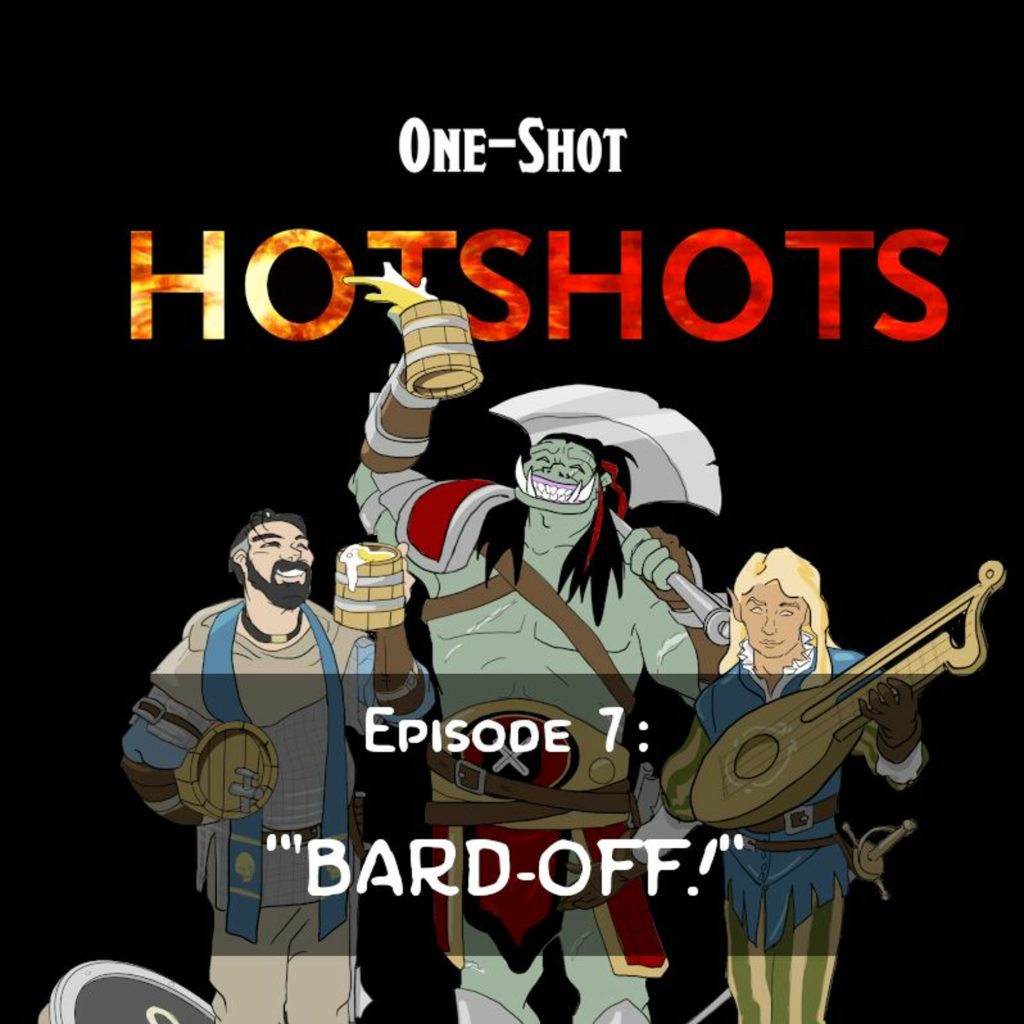 A gnome with a magic wooden flute dances atop his ancestor’s grave on a rain-soaked hilltop. His backstory is complex and his insults are cutting. The result of hours of careful planning by the DM? Nope. This entire short adventure is rolled up right on the spot.

Hot on the trail of a dwarven knight with a magical treaty, our crew stumbles upon an unusual den of trolls–the hospitable, if passive-aggressive kind. When they start to insult Gideon’s looks, Erki’s intelligence, and Marshall’s religion, it seems only a matter of time before chaos ensues. 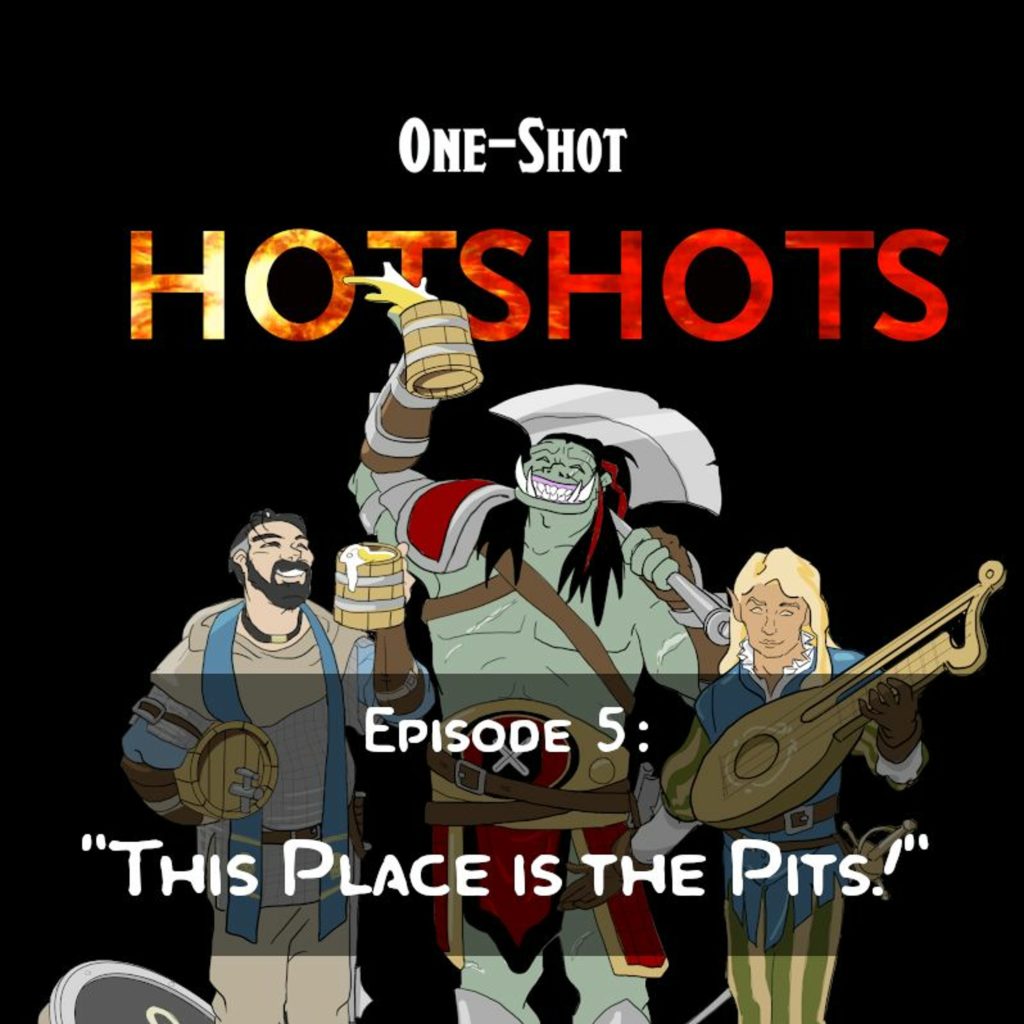 A wizard prison. A gladiator ring. A depressed demi-god who can read the ancient warning in the skies. Our Hotshots take courage, and a hefty bit of sarcasm, into the mystical Penitentiary of Silence, where each has a chance to falter — or shine. 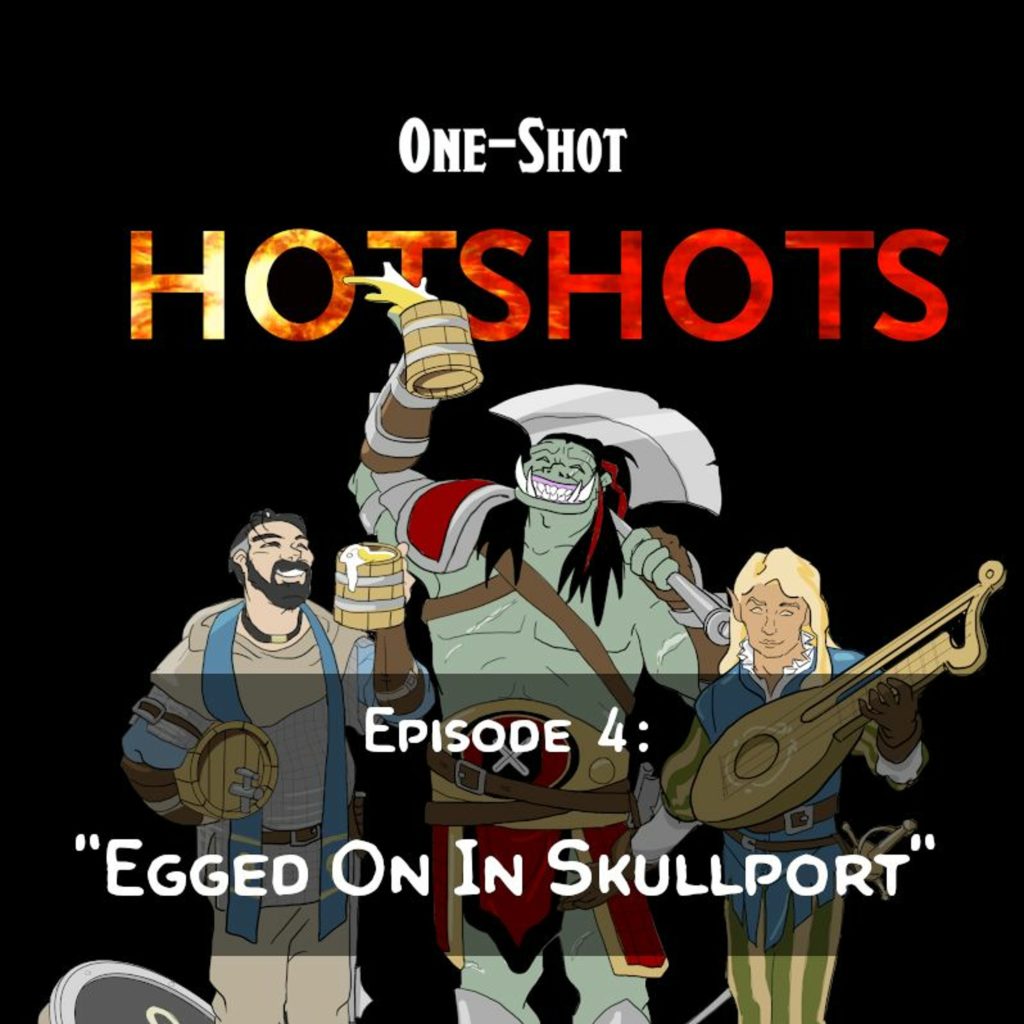 Marshall and Gideon team up for a trawl through the underworld to deliver a magic egg to a blind beholder. But when Gideon’s charm runs out, and the egg begins hurling people around and turning them to stone, they find themselves unwelcome amongst a dangerous crowd. Little do they know far greater dangers await them in the beholder’s maze-like lair. 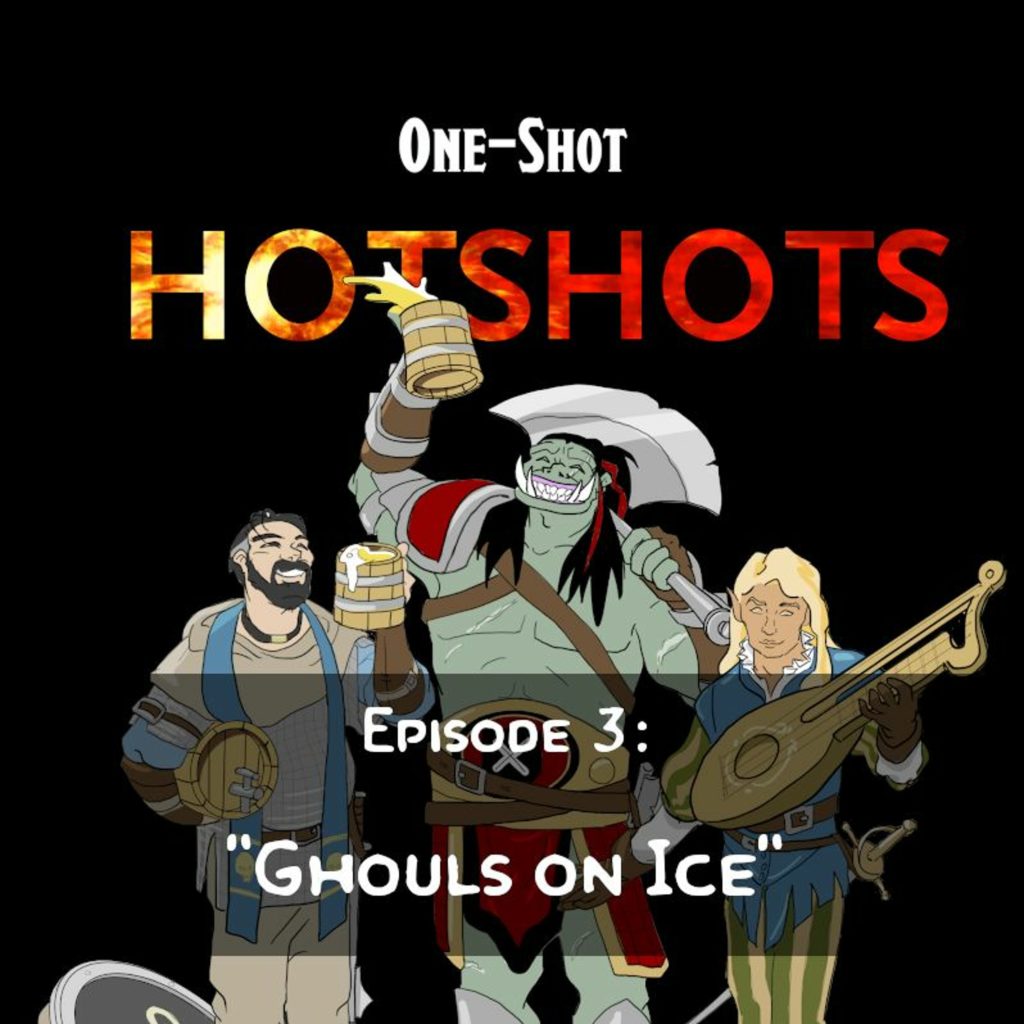 Our Hotshots venture deep into a Dwarven tomb to confront its defilers, triggering diabolical traps along the way. At the end of the delve, will Erki the half-orc barbarian part with the family heirloom he was sent to recover–a mighty greataxe that whispers to him in Dwarvish–or will there be hell to pay back at the Starlight Tavern with its rightful inheritors? And how will this affect his bid for Miss Forgotten Realms? 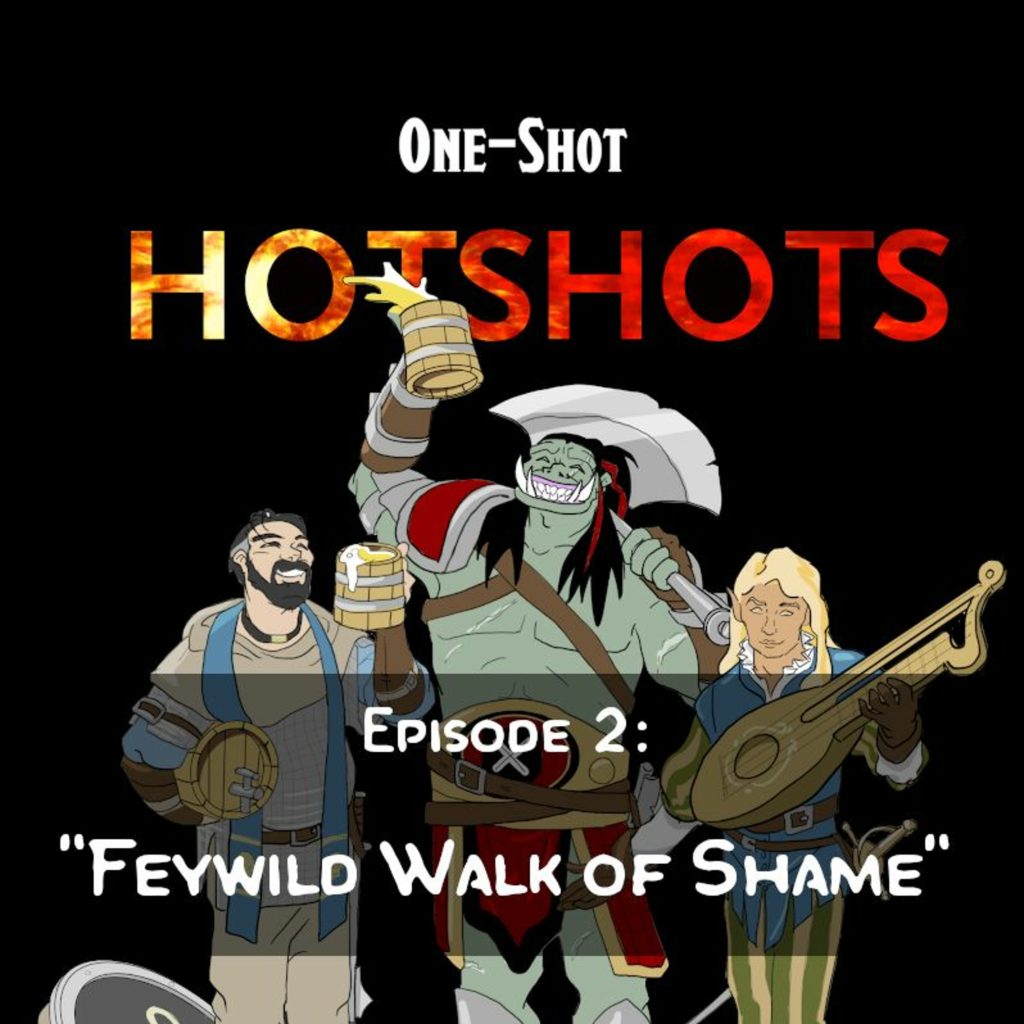 Beginning with a half-orc choking on cookies and ending with judgmental rabbits, this is a hilarious episode not to miss. Crawling through leafy tunnels, the gang encounters weird and wicked fey on their way to rescue a pompous halfling they’re not sure they really want to meet